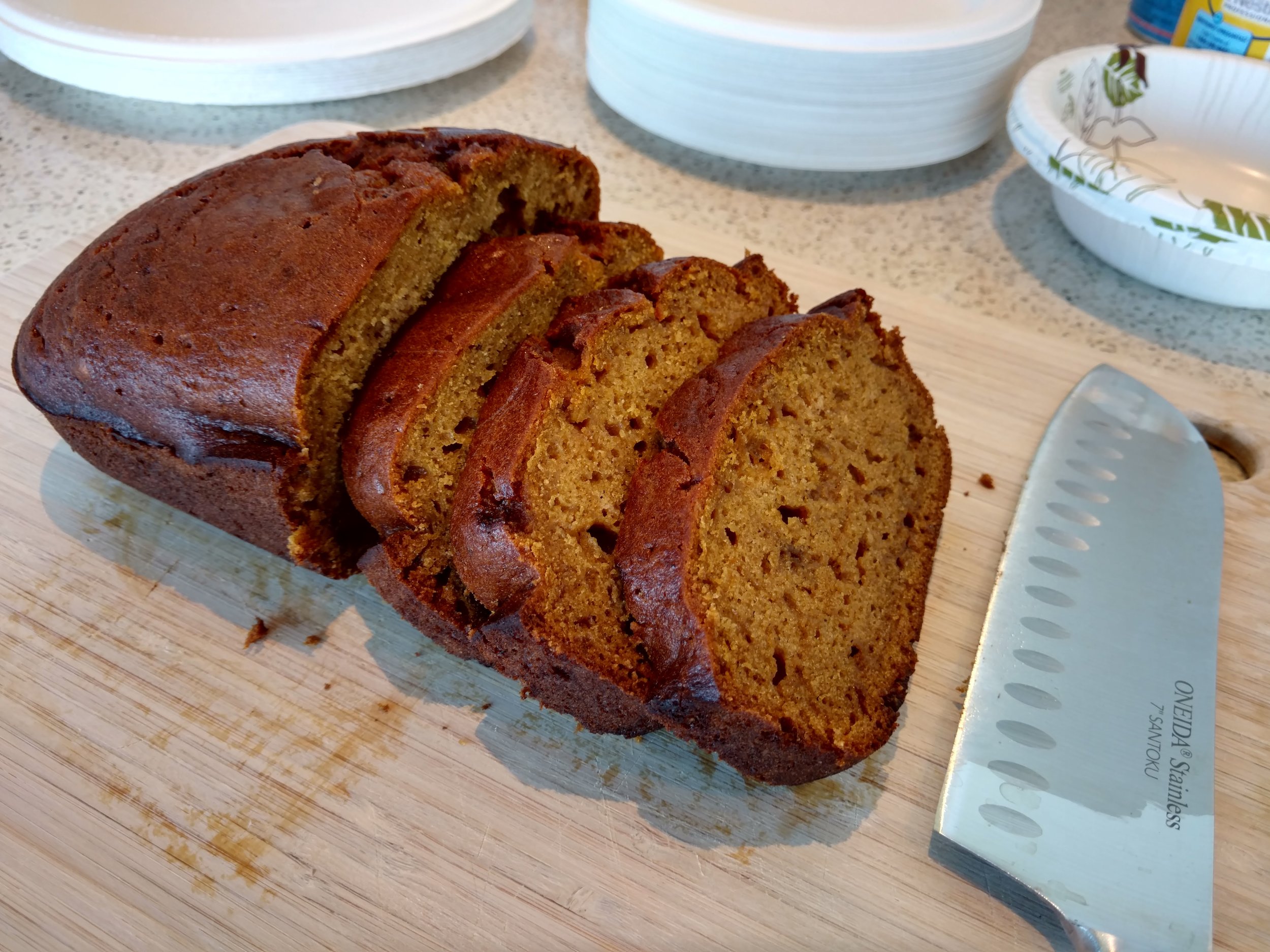 <![CDATA[Sure we're all a bit surprised that, ya know, whatsisname is going to be president (barring that meteor... Come on meteor!) but it's at times like this I bake. Why? Because I'm compulsive, and elections make me anxious. That was another life, and a lot of cases of Yuengling ago.<span id="more-22"> Moving on, it’s good to have a hobby that isn’t related to work. No code, no DAWs, no worrying about which plugin is causing that weird click. Instead, should I stir this a bit more? Is this mixed? It isn’t mixed, let’s mix some more. Then it comes out overworked, so we start again. Well, not until after we feed this to the office. That’s the key. Even when I make mistakes, I have an out. My coworkers will eat anything. It’s terrifying. And it’s an opportunity. Bury your mistakes. Here’s an example. Sunday night, I baked a pair of pumpkin bread loaves. One was squat, dense, and not much of a looker. The other… What a beauty. Gorgeous. Perfect…ish, a bit under on the very bottom, but people didn’t mind. Recipe is from Melissa Clark, always a winner. Not too sweet, though that was divisive. Half the office tried the pretty one, half inhaled the ugly one. Nobody cared, but neither was that far from perfect. Then on Tuesday, for one of my favorite non-holidays, Election Day, I figured I’d bake something a bit more patriotic. There was… a mishap.

Mistakes were made. The brilliant Deb Perelman of Smitten Kitchen (second favorite baking blog, btw) has a recipe for Apple Slab Pie that is, in a word, perfect. Knowing I have trouble with the filling being a bit too runny, I made sure to swap the cornstarch for the more effective, and more reliable, arrowroot flour. I spent a good ten minutes calculating the substitution and double checking my chemistry. I also failed to notice that Deb called for a quarter sheet jelly roll pan, not a half. I rolled out my bottom crust, but was having trouble hitting the size. I rechilled it, started again, and patched a crust together. I added the apples. Then I realized what I’d done. Now, no top crust, and while the filling gelled, it was naked. This is ten minutes after I dropped the almost slab pie tart whatever in the office kitchen.

FFmpeg does not love you