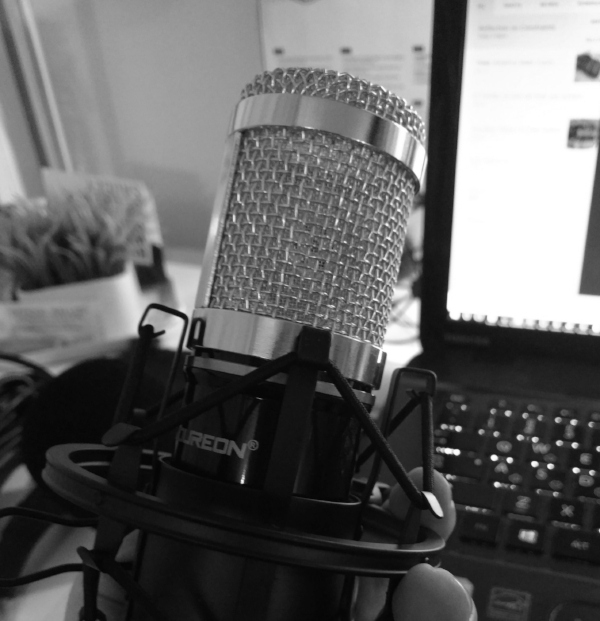 I Bought Something Terrible

Windscreen, shock mount, and a cable. What’s could go wrong? Looks pretty typical so far, but let’s dig a little deeper. First off, it’s a single pattern cardiod condenser. The combination data sheet/instructions start pretty bland. Turn down gain when connecting, make sure phantom is on, and, hang on, “…accommodate the volume control from low to high so obtained effect to your moderate level for protected the sauna from pounding.” What? I have no idea! Who cares, let’s plug it in!

It is a microphone shaped object. Hang on. That’s not an XLR mic cable, this is XLR to 3.5mm. Ho boy. Wait, I have a 3.5mm input handy, I mean, it… it shouldn’t work when plugged into the mic jack on this very laptop… of course it does. Amazon reviews (which I skipped, because $16!) mention how phantom is optional. Also, it’s apparently really easy to take apart. Ooooooooh, let’s do that! Hmm, now how do you get it back… well… But how does it sound? This is the fun part. It’s surprisingly not bad. It’s not good, but there’s nothing wrong with the sound. I wouldn’t use it for a VO session, but some quick scratch audio? Sure. Better than most of the headsets I’ve used, and cheaper, if you don’t add the 2i2 and the stand and a real cable. Next time, mic shootout with a piece of gear that’s near and dear to my heart.]]>