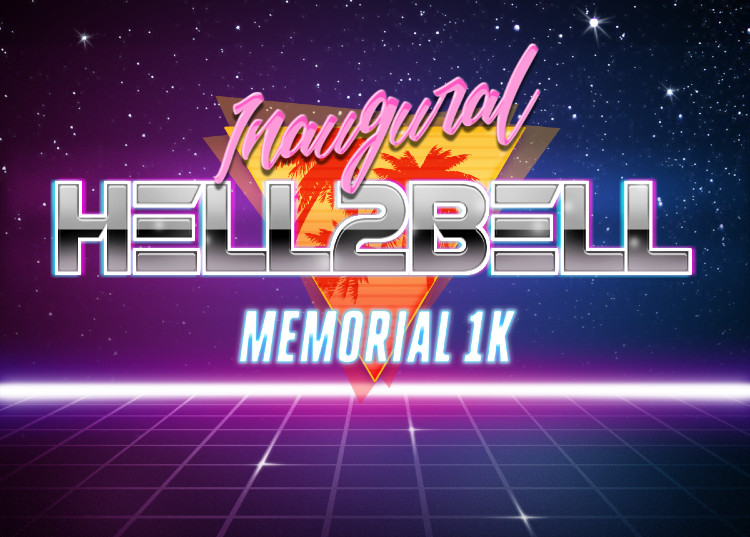 The HELL2BELL 1K (also styled as 【ＨＥＬＬ２ＢＥＬＬ】) is a foot race from Hellbender Brewing to the Riggs Rd. Taco Bell. Post race is a chance to catch up over beers and reflect on the past year.

Where: Start/Finish is at Hellbender Brewing

Why: The Riggs Park Taco Bell/KFC recently announced it’s closure and redevelopment  as a Chick-Fil-A. This is bad. Hate Chicken is delicious, yes, but it’s no Doritos Locos Taco draped with Fire sauce. It isn’t the Paso Doble (a KFC Double Down with a Crunchwrap in the middle). It isn’t the first meal Drea and I shared in our new apartment after our cross country move last year. It isn’t even open Sundays.

Also, I think it’ll be fun

Is this sanctioned by Hellbender, Yum! Brands, or ABRA?

Very much so no. In fact, this violates at least one ABRA rule, as I don’t have a vomit mitigation plan.

Is this a USATF certified race?
Yes! Wait, no.

Why a 1K?
It’s precisely 500 meters from the bar at Hellbender to the door of the Taco Bell. That’s when inspiration struck.

Do I have to drink/eat a taco/acknowledge I know you people?
Of course not. Come by just for a beer and a cupcake or whatnot, and Hellbender usually has visiting food trucks on weekends. Rumor is it’ll be Timber Pizza that weekend.

What’s the rain/snow plan?
Hang out at Hellbender and enjoy the wintery weather.

You ordered a trophy?
There will be a trophy.

At approximately some time after 2pm on the 7th, the first race announcement will be very quietly passed around the bar. Once all race participants have a beer, the race will begin. Runners must consume some portion of their beer, depart the tap room for the Taco Bell. In front of the Taco Bell there will be an aid station with tacos. Runners will collect one Taco Bell Crunchy Taco and begin their return run to the tap room. The taco MUST be consumed by the time the runner enters the tap room. Other taco varieties are allowed, based on dietary restrictions or personal preference. All trash and wrappers must be disposed of properly, or the runner will be penalized. Once the runner returns to the tap room they must finish the rest of their beer and declare, “Time!” But quietly, as again, unsanctioned.

Wait… is this a ‘Demolition Man’ bit?

The people of San Angeles thank you for remembering those who gave their lives in the Franchise Wars.